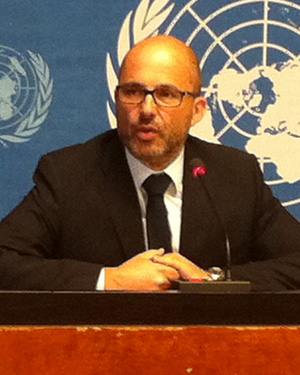 Robert attended CGS from 1979 to 1983 and was in Eddison House. He was active in music and drama at school, and was a founder of the Canberra busking trio, the Doug Anthony Allstars. Robert studied political science at ANU and joined the Australian aid program, AusAID and then the United Nations, initially in Thailand.

Robert has since served more than 25 years with the UN stationed in various countries and in New York. His roles have included leading the UN’s development and emergency work in Kosovo and Nepal as well as serving as Chief of Staff to former US President Bill Clinton, when he lead the international recovery effort after the Indian Ocean Tsunami.  Robert currently lives in Senegal with his wife Maggie. Their four children are Australia-based. In his current role he leads the UN’s humanitarian efforts across the Sahel region of Africa. You can follow Robert’s work on twitter at @UN_Piper.