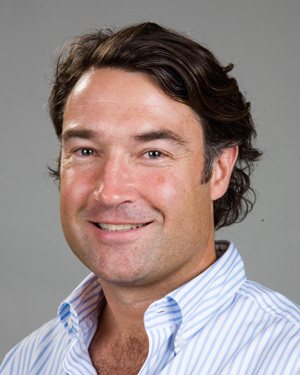 James attended CGS from 1976 to 1981 and was in Burgmann House. He is an eye surgeon based at the South Australian Institute of Ophthalmology. He graduated with Honours from Adelaide University Medical School in 1988. Following specialty training in Adelaide, James undertook fellowship training in the management of eye cancer in England. He returned to Adelaide in 1998 where he has been a visiting consultant and senior lecturer at Royal Adelaide Hospital and Women’s & Children’s Hospital.

James has a special interest in blindness prevention and ophthalmic research and education in the developing world and has worked in Bangladesh, Bhutan, Cambodia, Indonesia, Laos, Myanmar, Nepal, Sri Lanka and Vietnam. James is the founding Chairman of Adelaide-based blindness prevention organisation Sight For All. James received the “Outstanding service to the prevention of blindness award” by the Asia Pacific Academy of Ophthalmology in March 2011. James also received an Order of Australia in June 2012 and a South Australian Community Achievement Award in November 2012 for his work in blindness prevention in developing countries and Aboriginal communities of Australia. James received the President’s Leadership Award by the Australian Medical Association in 2013, was a finalist in the Pride of Australia Medal in 2014 and is the 2015 Ernst & Young Social Entrepreneur of the Year for South Australia.