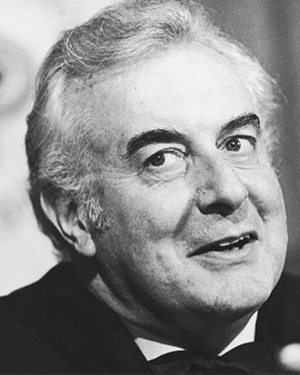 Edward Gough Whitlam joined CGS in 1932, and was dux in 1932, 1933 and again in 1934. During his time at the School he was known for his academic prowess, especially in English, Latin and French. On leaving the School, he earned a Canberra Scholarship to study Classics at the University of Sydney.

He became leader of the Labor Party in opposition in 1966 and became Prime Minister in 1972, leading the Labor Party to victory for the first time in 23 years. Despite the controversial dismissal of his Government by the Governor General in 1975, his time in office is often regarded as a watershed in Australian political life. His reform agenda, along with his towering stature, intellect and wit cast a long shadow in subsequent politics.