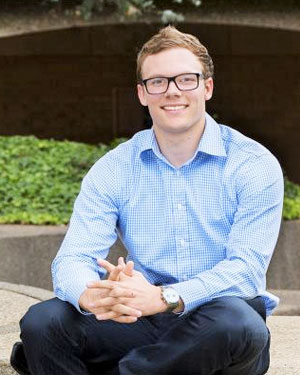 Derek attended CGS from 2003 to 2009 and was in Burgmann House. Since leaving school, he graduated with a degree in Arts and Laws (LLB (Hons – First Class)) at ANU. Derek loved learning languages at CGS, under the tutelage of Sarah Payne. He took extension French and extension German for the HSC in 2009, and was Captain of Languages. In 2009, Derek won the French and German Year 12 graduating prizes as well as the Gough Whitlam Prize for International Understanding. Since then he has added Arabic to his language repertoire and has studied in the UAE, interned in the Dubai judicial system, and took part, in 2013, in the 2nd International Universities Arabic Debating Championship in Doha, Qatar.

Derek is currently undertaking the prestigious Peter Nygh Internship, named after the Hon Dr. Peter Nygh AM, a prominent legal academic former judge of the Family Court and Special Rapporteur to the Hague Conference on Private International Law. He is interning as a graduate lawyer at the Hague Conference on Private International Law, an organisation which develops and implements treaties to work toward the progressive unification of the private rights of citizens in different countries. It is a dream come true for a young international lawyer, and Derek is fortunate to be supported by a generous scholarship and living allowance.

In September 2015, Derek moved to London to commence work at a global law firm and hopes to complete a masters in Private International Law soon after.