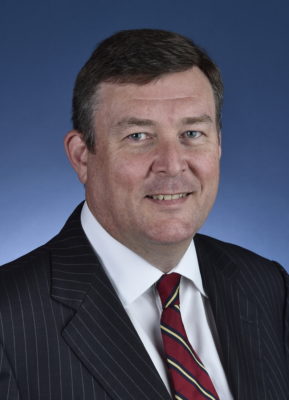 As a boarder in Jones House, Chris mixed with many DFAT families, but he never expected he would join DFAT himself. His career has culminated with his appointment in August 2017, as Australia’s first Consul-General in Surabaya.

Of his posting, Chris says ‘It is a great honour to be the first Australian Consul-General in Surabaya. It is a great privilege to be asked by the Foreign Minister to open a diplomatic Post, especially in Indonesia.’

Although Chris’s posting in Indonesia began in 2017, his knowledge of the country began long ago. Prior to joining DFAT, Chris was the WA Commissioner to Indonesia and before that, he held senior strategy and international business development roles with the Commonwealth Bank and was National President of the Australia Indonesia Business Council. He even won the Presidential Friend of Indonesia in 2009.

When asked to give some advice to current CGS students who may want to follow in his footsteps, Chris says ‘Be adventurous and step out of your comfort zone. Rather than worrying about a career path, take on roles that you find interesting.’

In the future, Chris would still like to be actively pursuing a career in the public service and developing Australia’s relations overseas.