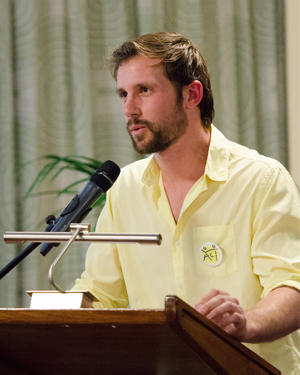 Brad attended Canberra Grammar School from 2003 to 2007. He was in Eddison House and he was the School Captain. Following this Brad completed a Bachelor of Psychology with Honours from the Australian National University. Brad was named Young Canberran of the Year in 2012 for his efforts to raise funds and awareness of mental health research.

He completed a 5000km run up the East Coast of Australia and raised $35,000 for the a National Institute for Mental Health Research. Brad is currently strongly involved in the ANU community. While he is completing a PhD in Population Health, he is also a sub-dean at Bruce Hall and a member of the Young Alumni Council. He also still represents NIMHR in the community as a mental health advocate.