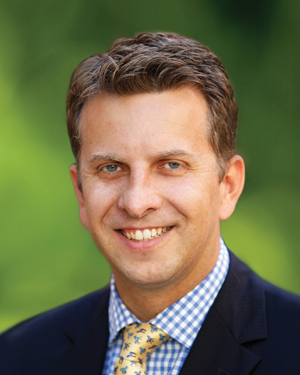 Andrew attended CGS from 1979 to 1991 and was in Burgmann House. He was sworn in as the NSW Treasurer in April 2014 and as Treasurer, aims to deliver better outcomes for all communities across NSW through sound economic management, better utilisation of government assets and property as well as a sensible approach to tax reform.

Mr Constance was elected to the NSW Parliament as the Member for Bega in 2003 and served as Shadow Minister for Ageing and Disability Services between 2006 and 2011. After the election of the NSW Liberals & Nationals in March 2011, he was sworn in as the Minister. As Minister for Ageing and Disability Services, Mr Constance championed the person-centred reforms which were necessary steps towards the National Disability Insurance Scheme (NDIS). Under Mr Constance’s stewardship, NSW became the first Australian state or territory to agree to the full funding of the scheme with the Commonwealth.

In August 2013, Mr Constance was sworn in as Minister for Finance and Services. During his time as Minister, Mr Constance continued the work of the Government in reforming the NSW Workers Compensation scheme, in order to return the scheme to a sustainable footing. Mr Constance continued the Government’s ICT open data policy, delivered better management of government property, reaped millions through the sale of surplus assets, and oversaw the decentralisation of government jobs to Western Sydney.

As Treasurer, Mr Constance plays a key role in the Baird Government, with the responsibility to deliver sound economic management to benefit all communities across NSW. On 7 May 2104 he was also sworn in as Minister for Industrial Relations.