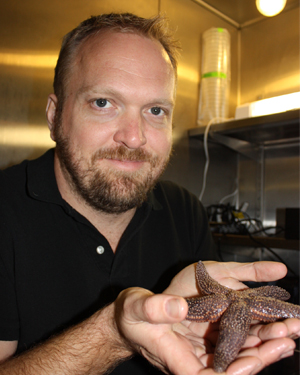 Ian attended CGS from 1990 to 1995 and was in Eddison House. After leaving CGS, he attended the University of Queensland, completing an honours degree in Marine Science in 1998, before completing a PhD in Oceanography at the University of Southern California in 1995. After a short stint in Northern California as a postdoctoral fellow, he started work as faculty at Cornell University. His team (known as the “Team Aquatic Virus”) examines the roles of marine viruses in elemental cycling, biodiversity, and aquatic animal disease, recently describing the viral culprit of sea star wasting disease, the largest mass mortality event ever recorded in the oceans.

Ian lives in Ithaca, upstate New York, with his partner, David Thompson. He teaches classes in virology and oceanography, and mentors 4 PhD students and 3 undergraduate researchers in his laboratory. He enjoys swimming competitively and is currently learning to play ice hockey – a throw-back to his days on the U15C Field Hockey side at CGS.