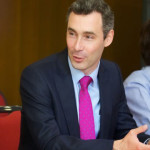 Dr Justin Garrick became Head of Canberra Grammar School in 2011 when he and his wife Dharini Ganesan Raju, an IT project manager, first moved to Canberra. Their daughter, Janaki, was born during their first year at the School and their second daughter, Shantini, was born two years later. We caught up with Justin to find out what he’s most proud of in his time at CGS, whether he was a rascal during his own time at school, and what he really thinks about Canberra. 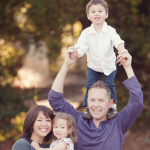 Peter Hazlehurst (Class of 1990) is based in the US in the technology sector and has worked for, among others, Google and Nokia. CGS caught up with Peter to talk about where life has taken him and his reflections on his time at CGS. Do you have some favourite memories of your time at CGS? I […]