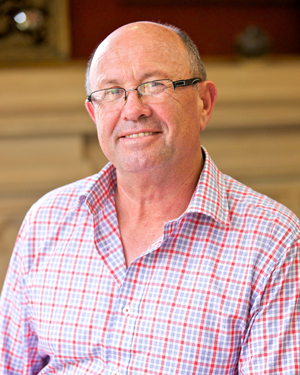 John was born in Sydney and is the eldest of four brothers. They all attended Canberra Grammar School (CGS) for their secondary education in the late 60’s to late 70’s. On leaving school in 1972, John entered the plumbing industry and spent the next 32 years running a successful plumbing company. Despite retiring in 2011, John returned to work and is currently the Executive Officer for Master Plumbers ACT.

John enjoys being an active participant in the community. He volunteers with the Red Cross, assisting with the Red Cross Good Start Breakfast Club at Queanbeyan South Primary School. After finishing at the School, he delivers Meals on Wheels to sixteen local households. His Monday morning community work sets him up for the week and helps keep him grounded.

John has returned to his days at CGS and is now serving on the CGS Old Boy’s Association Committee.